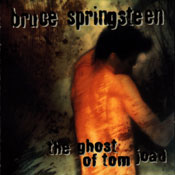 
Bobby Ramirez was a ten-year veteran
We became friends
his family was from Guanajuato
so the job it was different for him
He said' "They risk death in the deserts and mountains"
pay all they got to the smugglers rings,
we send 'em home and they come right back again
Carl, hunger is a powerful thing."

drug runners, farmers with their families,
young women with little children by their sides
come night we'd wait out in the canyons
and try to keep 'em from crossin' the line


Well the first time that I saw her
she was in the holdin' pen
Our eyes met and she looked away
then she looked back again
her hair was black as coal
her eyes reminded me of what I'd lost
she had a young child cryin' in her arms
and I asked, "Senora, is there anything I can do"

if she, her child and her younger brother could just get through

and I saw the tape across his chest

as off through the arroyo she ran

with the black hair fallin' down